The Comox Valley Poet Laureate creates works during a two-year term to celebrate or commemorate significant community events (i.e. Miners Memorial, Canada Day, etc.), and will serve as a touchstone for the mood of the community.

This is an honourary position, which receives a small stipend per year for performing these duties, as well as significant recognition throughout each year for the work and contribution a Poet Laureate will make to the literary fabric of our community.

Cooper was “a bit of dark horse,” admitted Natalie Nickerson, the outgoing Poet Laureate and one of the judges. “He continued to surprise us with his willingness to experiment, his capacity for diversity, his understanding about the demands of the position and his overall skill and love for poetry.”

Fellow panel member Jordan Scott, a former poet-in-residence at SFU, said the interview process was crucial in the difficult decision-making.  That’s where it became apparent “just how much Lawrence embodies poetry as a way of living. We felt that Lawrence’s vast experience as an educator, and the way he embraces poetry as form of personal and collective healing, will serve the Comox Valley well.

“We also thought that Lawrence was willing to take risks in his performance by pushing his craft into areas he’s never explored,” he added.

Cooper has big and wide-ranging plans for the position, including carrying the voice of the poets to people suffering mental disorders.

Cooper has been involved in education for almost 50 years, the last 15 teaching students homebound due to physical or mental illness.  He said he wants to “reach the young people in our high schools and colleges and encourage them to write and share poetry as a way of communicating from the heart.”

The LGBTQ community also figures prominently in his plans.

“I’ve had to struggle all my life with my bisexuality and gender identity,” he said. “I want to add my voice, not for political rights, but just to the right to be proud of ourselves and recognize and accept that we have a right to be happy and make our own special contributions to our community.”

Cooper said he also intends to “add the voice of the poets … to the painful struggle of reconciliation with our First Nations brothers and sisters.”

After living and working two years on reserves in Northern Manitoba, and “watched my oldest son, a full blooded Cree, struggle with discrimination and prejudice, including being held up and beaten because he dared to talk back to a white RCMP officer,” there needs to “healing in our land,” he said.

“I would like to start my reaching out to my fellow poets in the First Nations communities so that we work together to advance that healing process.”

We have started what I call the  Serious Writer’s Group who will be meeting every second Thursday  for the purpose of editing and preparing works of poetry for publishing. We now have our five people for the group. There might be room for one more, or if there is enough interest, we could start a second group. We will be meeting from 6:30 to 8 pm at the Courtenay Public Library.

The purpose is to create, as Napoleon Hill labelled it, a Master Mind Group. We will help each other create, edit, and assemble our works into the best presentation possible. This might include seeking out our Comox Valley artist friends for ideas for covers and illustrations. We will then help each other through book launches, poetry presentations,  and mutual social media outreach and marketing strategies. If you feel you are ready to be part of such a group and commit to publishing and helping each other create and market,  please contact me at [email protected] 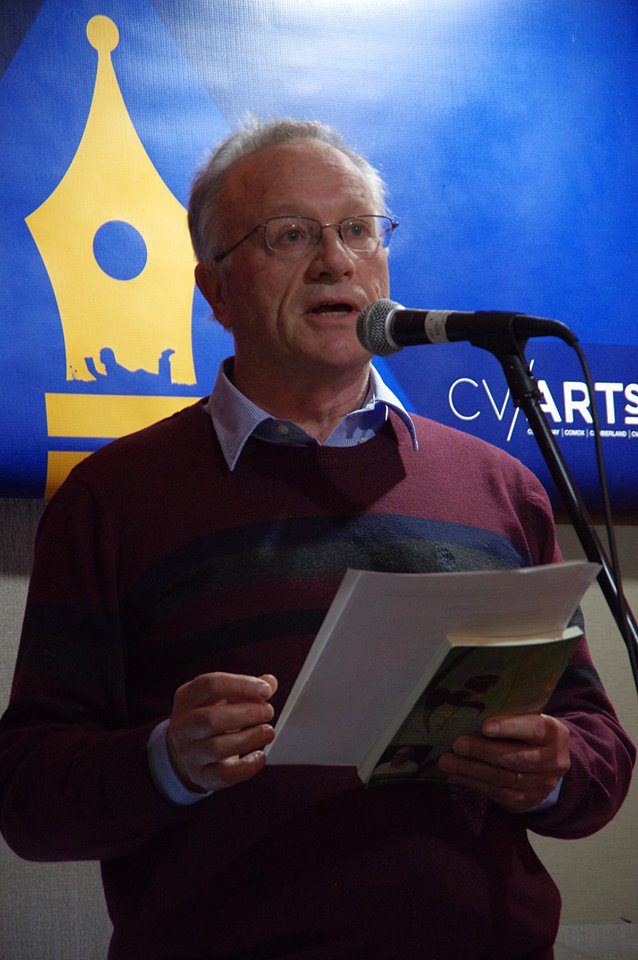 The honour of poet laureate is supplemented by a cash honorarium and media support, built from sponsorships and grants raised by Comox Valley Arts.

The 2019-2021 Poet Laureate is supported by Comox District Teachers Association, North Island College, Sure Copy, School District 71, The Island Word and 97.3 The Eagle.

About Lawrence in his own words:

I have always been a closet poet until the last few years. I wrote for my own enjoyment and to share with friends and family. Recently I have come to realize there is a power in my poetry which can have a direct link to the hearts of others who are going through the same struggles that I have had to go through.

I see the poet laureate position as an opportunity not only tell my story, but to help other poets tell their stories as well. Together we can create conscious lives that we can truly love to live and in so doing contribute to the world around us. 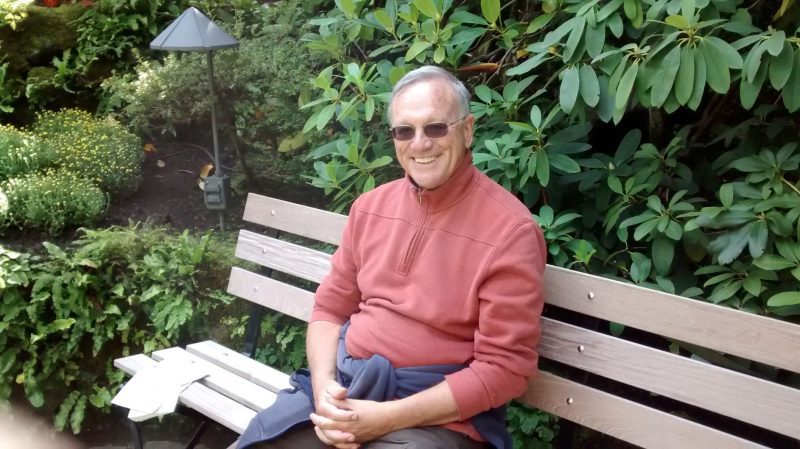 Who or what inspired me to write? I don’t know, really. As far back as I can remember, I have been a writer. There has been a quite place inside me that has constantly demanded to be heard, to get away by myself, and just let my mind float. Later, I would write my thoughts down on paper. Somewhere around grade nine, which was high school in Saskatchewan, I fell in love with written poetry from the artists because of the love of literature from Father Ben. My favourite was William Wordsworth and the later T. S. Elliot. I copied their styles, incorporating them into my collection of poems. What has inspired me to publish? It took me a long time to realize and accept that my work is beautiful and filled with power, in spite of hundreds of encouragements over the years.

Our Poet Laureate Legacy is rich and vibrant.