One of the most frequent questions we’re asked is, “Can you please book more Latin American music?” The challenge, of course, is finding the artists who can perform this challenging genre.

For those Latin lovers, this is your week; Georgia Straight Jazz Society is bringing you the genuine article on Thursday, February 27, when Brazilian singer Fernanda Cunha takes The Avalanche stage at 7:30 pm. Cuhna will be accompanied by Toronto’s Reg Schwager, one of Canada’s leading jazz guitarists, as part of their cross-Canada tour. 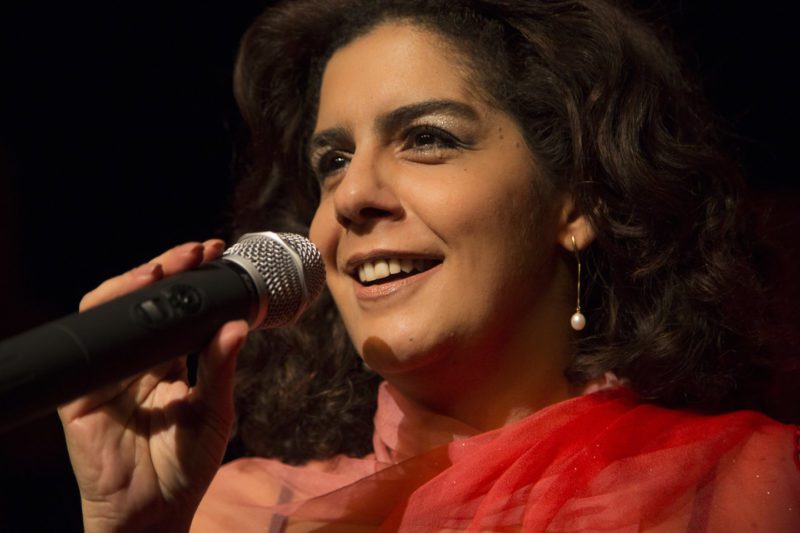 As Cunha recently stated, “I was brought up in a rich musical environment in Rio de Janeiro, where I began my career in 1997. Since then I’ve toured Brazil, Europe and North America, performing at prestigious international jazz festivals.”

Regular appearances at jazz festivals in Canada have helped to carve out a whole new fan base for Cunha’s post-bossa groove, and she repaid the compliment with her CD Brasil-Canada, released in 2009. In 2017, Cunha celebrated 90 th anniversary of legendary songwriter Antonio Carlos Jobim with her CD Jobim 90. Jobim was a world-renowned songwriter, composer, and arranger who
transformed the extroverted rhythms of the Brazilian samba into an intimate music, the bossa nova (new trend), which became internationally popular in the ’60s.

Cunha’s regular accompanist Reg Schwager was born in the Netherlands. His playing reflects a thorough understanding of the entire history of the bossa genre, from the pre-swing through the free jazz movements. He has attended workshops and classes with such Brazilian masters as Guinga, Dori Caymmi, Marcos Silva, Jovino Santos Neto, Paulo Sergio Santos and Hamilton de Holanda, mainly at the California-Brazil Camp. In 2015, Schwager collaborated with Cunha in writing two songs for her sixth CD, Olhos de Mar, and recorded her 7 th album Jobim 90 and the new CD Fernanda Cunha canta Filó Machado.

This will be a rare opportunity to sit back and enjoy an evening of exciting romantic Brazilian music with friends in the warm Thursday Night Jazz setting at The Avalanche Bar, which has become the envy of jazz venues nationally. Invite yourself and a friend to come on down and discover why this has happened.

Admission to this delightful event is just $10 for members, $12 for non-members.
Plan on getting down early if you’re meeting friends and looking for the best seats: this will be a popular show.

Please select the calendar tab at www.georgiastraightjazz.com to see the amazing line-up of great jazz bookings we have in store over the remainder of 2020.