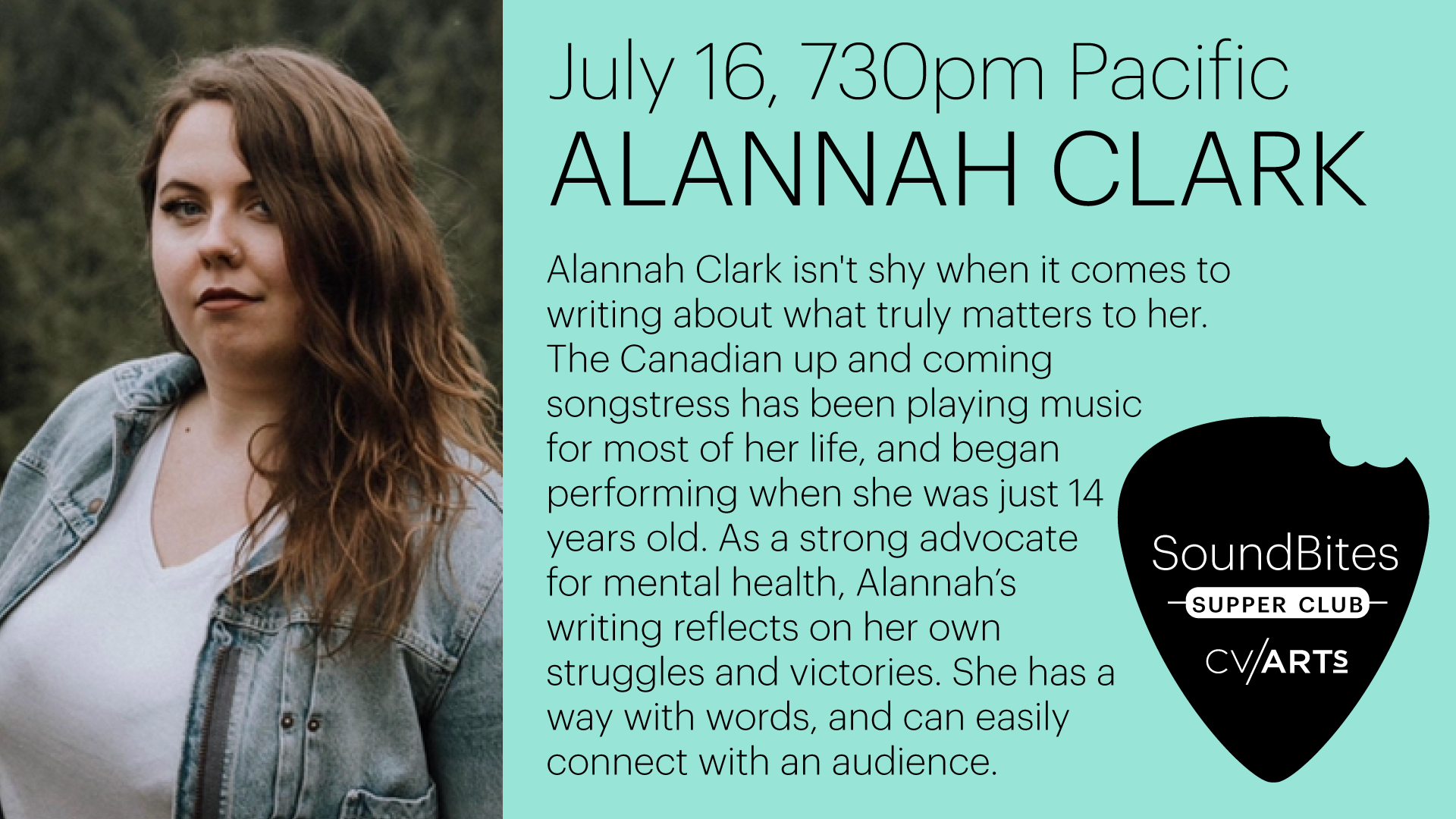 Spend dinnertime with some great local music. Join in our free concert series, Livestreamed on Zoom and Facebook!

Hailing from Vancouver Island, British Columbia, Alannah Clark isn't shy when it comes to writing about what truly matters to her. The Canadian up and coming songstress has been playing music for most of her life, and began performing when she was just 14 years old.

Alannah has performed widely in the Comox Valley and other Vancouver Island communities as well as the lower mainland. In spring 2018 she toured the UK and Europe with fellow Comox Valley singer songwriter, Joey Clarkson. Alannah performs with Valley based musicians, Jesse McCloy (lead guitar), Jacob Gregory (bass) and Jonathan Hinds (drums/percussion).

In 2019, Alannah performed at numerous venues across the island, and surrounding islands (Gorge Harbour on Cortes Island, and the Heriot Bay Inn on Quadra Island). Some festivals included 39 Days of July Festival (Duncan, BC), Nautical Days (Comox, BC) Woodstove Festival (Cumberland, BC), and Vancouver Island MusicFest (Comox Valley).

As a strong advocate for mental health, Alannah’s writing reflects on her own struggles and victories. She has a way with words, and can easily connect with an audience. With driving rhythms, catchy melodies, tender lyrics and her profound vocals, Alannah has been compared to female artists such as Sara Bareilles, Stevie Nicks, Joni Mitchell, Norah Jones, and Serena Ryder.

Drawing 2 – Putting it in Perspective – ONLINE