Songwriters of the Comox Valley – Part 2 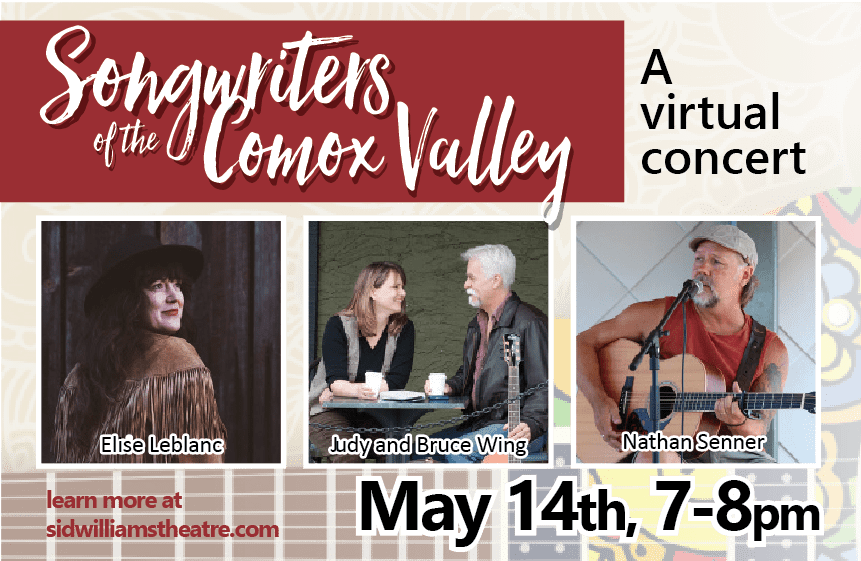 Another livestreamed concert of local music!

Judy and Bruce Wing brings a distinctive acoustic flavor with inter-twining guitar parts, smooth vocals, and soul born melodies that will remind you of other times and faces. Bruce and Judy have recorded four CD albums, each available on iTunes. Each album is like a different snapshot in time, including the flavouring of local friends and musicians that represent the grassroots approach to music they value.

Nathan Senner is a local musician well known for his moving songs. He has been writing for more than 25 years, has produced and recorded two original CD’s “Dance in the Moon” and “Wings of Change”, and is a welcomed performer at local music venues and festivals. Nominated for both ‘Song of the Year’ and ‘Vocalist of the Year’ at the Vancouver Island Music Awards, “Senner’s music is thoughtful and bittersweet and the sincerity of his vocals and sensitive delivery make his music especially meaningful to hear.”